TLDR – The title says it all. This is not scattershot approach of freemium.

My all time popular article – most read, tweeted, commented –  is the one on Freemium I wrote for Gigaom. That article begins with a quote from Christian Vanek, CEO of Boulder based SurveyGizmo. I will always have a soft corner for SurveryGizmo because it is from my adopted hometown of Boulder. And it is an amazing survey tool with great UX.

Three years ago, in my telephone interview Christian shared this with me (I encourage you to read the full interview as it shows how transparent and forward is Christian in his thinking)

“We are now seeing the end of the freemium model — signing up users for free and trying to upsell,”

SurveyGizmo knows pricing is not static and it needs to constantly iterate to align with changing customer mix and needs. Yesterday they announced a free version that has no limits on questions and responses. What does this mean to its stated segmentation strategy? Is freemium back? I did not get to talk to Christian on this but I posit this is not fall back to scattershot approach of freemium but a carefully chosen pricing strategy to account for change in customer mix.

Here is a view of what its current pricing looks like. 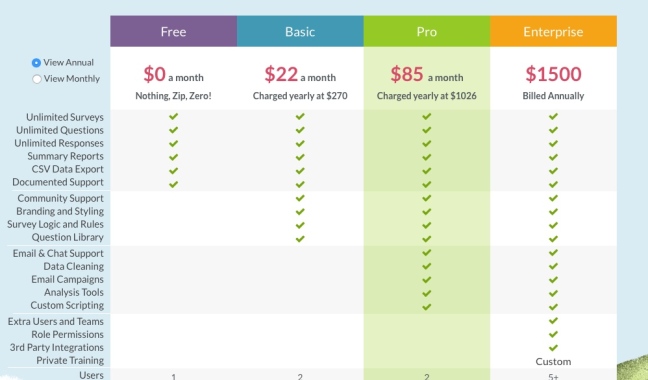 In addition to a free version there are now 3 versions. Contrast that to their single pricing option they had in the past. 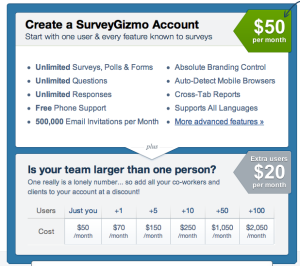 And prior to that the choice of three versions. 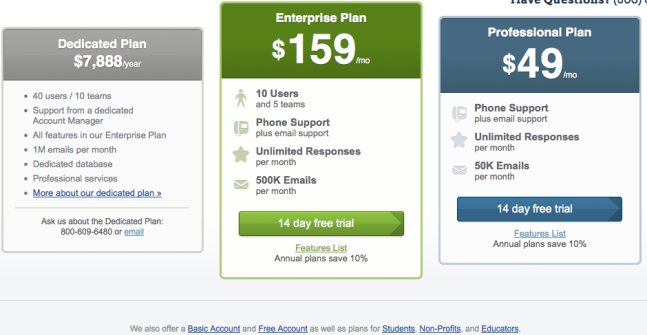 Now it may appear they are not only back to where they started but also introduced a free version which could be seen as adoption of freemium.

Overall I believe this is pricing done right based on customer segmentation. The goal is not to get bunch of free customers and hope they will upgrade but to keep SurveyGizmo in the consideration set for many serious users by increasing its awareness among all users.

One thought on “SurveyGizmo- Free Version Done Right. No Freemium is not Back.”